If you know anything about me you know that I am a huge fan of ONCE Upon A Time... and of course, my constant, LOST.  Sunday can't get here fast enough as I'm anxiously awaiting the return of ONCE Upon A Time! I'm also thrilled to see the bridge that connects LOST to ONCE Upon A Time is being well traveled. I consider the "Island" is neighbor to Storybrooke and the many magical and mysterious lands of ONCE Upon A Time. More and more LOST alumni are making their way over to the adventurous fairy tale.

Two such alumni include the lovely Rebecca Mader and awesome Eric Lange.  Both have scored roles on the beloved abc TV show, ONCE Upon A Time. LOSTies will remember both Mader and Lange's LOST characters are shown to exist in more than one "phase" of the "Island's" reality, and with variations in each one's stories. They do however share a past living with/in the DHARMA Initiative.

Rebecca Mader’s role on LOST was as the Geronimo Jackson loving anthropologist – archaeologist, Charlotte Staples Lewis; whom fell victim to the side effects of temporal displacement. Mader’s witchy ONCE character will have history with the Evil Queen Regina, and we hear that this green skinned character will be wicked! I can't wait to see where this OZ influenced journey brings us. 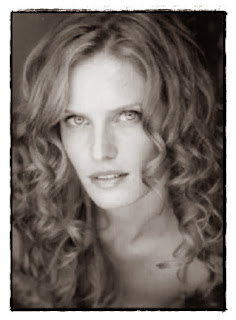 Eric Lange's LOST character was famed Stuart Radzinsky. Radzinsky was a member of the DHARMA Initiative and worked at the Flame Station; we see him crafting a model of the Swan Station in 1977. Radzinsky also served as hatch partner to Kelvin Inman in the Swan Station. Lange's ONCE role is as young Prince Leopold, Snow White's loving father. I'm very excited to see him in this new role.