Here is a brief look into some of the additional routes the story took us down, all in an effort to bring more of the story to light.  For me, all of this additional research played a very important part in connecting things.   It was also obvious to me that the clues and information given throughout the various LOST story formats (anything from outside the actual aired episodes) listed here, directly connected to the "Island's" adventurous journey and the experiences of Jack and the Castaways.

We've been given answers and insight to this puzzling story since the beginning.  Those items came to us via a subliminal and cryptic manner, word play, anagrams, and cleverly placed visual and audio clues within the episodes.

In addition to the "Missing Pieces" mobisodes there are other pieces that undeniably fit into the LOST puzzle.

Please note the following ARGs and extracurricular activities were not a necessary part of your LOST series experience, yet are wonderful for those who enjoyed completing more of the LOST metapuzzle.

We were given more hints to the role the "Island" played in this entire story with its revealing posters and the information given with Ajira Airways in season 5.  [http://www.ajiraairways.com/]

Take a look and read the text on the posters/postcards from the "Island" and in the Ajira web pages.  They are telling you something very important.

The Ajira Airways website is a very interesting place for insight.  Read through the pages here and see what and where $87.00 could get you!  There is a lot of valuable information on this site! I've underlined the information that I consider answers.  What kind of experience do you think this company is really offering you? I have a hypothesis, and it could explain a huge tie-in to the adventure we see the Castaways on.
Also note that the five "Adventures" Ajira Airlines offers, although here are individual adventures, are all represented collectively on the "Island" adventure Jack and the Castaways experienced.
{Click to enlarge.} 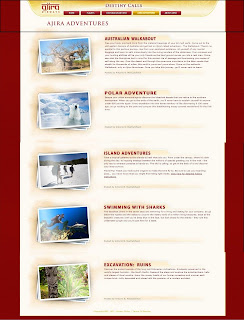 "Gary Troup" anagrams to "Purgatory."  The actual ghostwriter was revealed to be Laurence Shames.

There are seven released video segments for an interview Mr. Troup gave.
Here is one:

This was released the summer of 2006.  The goal of the game is to lead or neutralize all of the other Characters on the island.  The games included rules for beginners and advanced players, as well as cheat sheet. 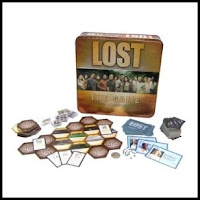 This series of four 1000-piece jigsaw puzzles- The Hatch, The Others, The Numbers, and Before the Crash- were released July 2006- February 2007.  The challenging part of the puzzles were that the box did not display what the entire completed puzzle should look like.  Along the borders are number codes-Ottendorf cipher (book cipher).   After you completed all four puzzles, you arrange the four to display the Blast Door Map on the back side of the puzzle. It could only been seen under black light.

This was a fun and exciting, detailed and laborious expedition that took us on real life and on-line investigations and adventures to seek clues and answers. We learned some information about Oceanic Airlines, the Dharma Initiative, the Hanso Foundation,  Alvar Hanso, Joop, the Black Rock, Apollo Bars, the Valenzetti Equation, Thomas Werner Mittelwerk, Mittelos, VIK Institute, the Helgus Antonius, Spider Protocol,Persephone, Rachel Blake, the Sri Lanka video, the infamous Jerry Hoffitt films, and so much more.  This ARG ran through the season 2 to season 3 hiatus. 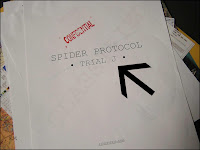 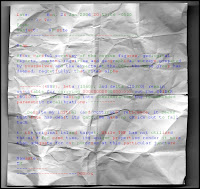 A few of the websites included:
Retrievers of Truth
Let Your Compass Guide You {Jeep}
Persephone @ The Hanso Foundation.org
Hyperion Books
Hanso Exposed
Where is Alvar? 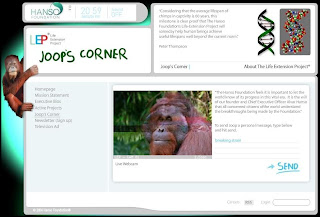 Apollo Bars (that are an important part of the story) were handed out to the public via Forbidden Planet stores in the United Kingdom and a traveling Apollo truck in the United States.

The edited (segments missing) and glitch-filled Sri Lanka video gives us vague hints to the DHARMA Initiative (Department of Heuristics on Researched Material Applications) via the Hanso Foundation, and its connections with Karen and Gerald DeGroot, researchers, scientists, the (Enzo) Valenzetti equation, the numbers, the military, top secret location facility, unlimited funding, and all their combined research to save the world as they know it.
Note: Sri Lanka from Sanskrit: री लंका which means "venerable island." 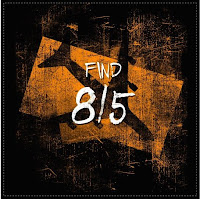 Oceanic IT tech Sam Thomas is determined to find his girl, Sonya, who was a passenger on Oceanic 815.    This ARG ran through the season 4 hiatus. 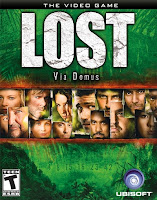 ★ MESSAGES FROM THE ISLAND

The best of LOST: The Official Magazine 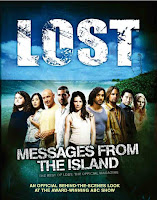 ★ The Project- The Dharma Initiative Recruiting Project:  At Octagon Global Recruiting (ORG) (Dharmawantsyou.com.)  You participated in tests and evaluations given to us by the firm to determine if you qualified for the reconstituted Dharma Initiative.  If you qualified, you were assigned jobs.  This ARG ran through the season 4 to season 5 hiatus.

★ Dharma Special Access- DSA:  (November 2008): This is a website where DHARMA recruits from "The Project" watched exclusive footage presented by Damon and Carlton.  This replaced the DHARMA Initiative Recruiting Project that went bust due to the economy.

★ DamonCarltonandaPolarbear.com: (Season 5-6 hiatus) This was a real life fun scavengers hunt that leads you to limited addition LOST prints you can purchase. 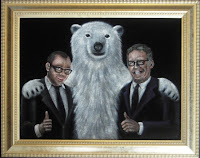 ★ The Mysteries of the Universe

This was created to look like a short lived  TV series that aired on ABC in 1982.  This show presented a lot of valuable information that helped shine the light on the secrets of The Dharma Initiative.  We were warned of a secret organization, its mysterious symbols, and recruitment of test subjects who were needed for an anthropology experiment.

Ads for these series segments were introduced  a KIA advertisement in Entertainment Weekly. The issue dates were:


The epilogue "The New Man in Charge"  connects facts with the "Island" events with information we received not only in episodes of LOST, but also in The Mysteries of the Universe clips. 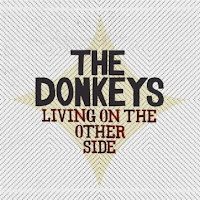 
★ LOST University:  This was a wonderful interactive virtual university.  You enrolled in classes, took courses, did research and homework, and took finals, all in an effort to pass your classes to earn a LOST University diploma. This online learning experience began at the season 5 to 6 hiatus and extended beyond.

★ Episode titles are are clues and cues, as are popular songs heard within the episodes.

★ "Wash Away" (Reprise).
In Tabula Rasa, this song by Joe Purdy is a reprise, which represents a return or repeat.

★ All of the LOST soundtracks.
The song titles are very interesting and provide possible connections and clues.

★ Be sure to give a good look over the LOST promo posters for all the seasons.